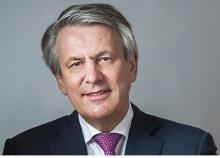 Ben was Downstream Director from January to September 2013. Before that, he was Executive Vice President Chemicals from 2006 to 2012.

He has graduated with a Master’s Degree in Chemical Engineering from Delft University of Technology, the Netherlands.