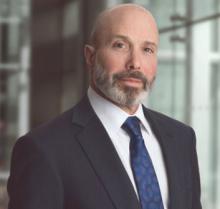 Evan G. Greenberg is Chairman and CEO of CHUBB.

He was elected President and Chief Executive Officer in May 2004 and Chairman of the Board of Directors in May 2007.

Prior to joining the company, then named ACE Limited, in 2001 as Vice Chairman, Mr. Greenberg spent 25 years at American International Group, where he served as President and Chief Operating Officer from 1997 to 2000.