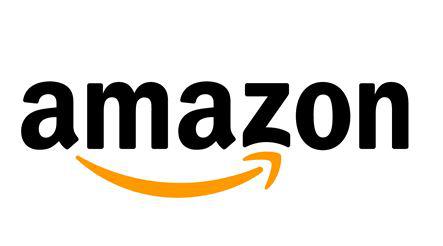 Amazon.COM is the worlds biggest e-Commerce portal. Amazon sells electronics, mobiles, laptops, dresses, toys and whatever the things in the world associated with price you can find at Amazon.

Comment
Amazon will be World Top Number 1 Company Soon. Reason is very simple. Amazon globally expanding in different countries and this expansion is rapid. Lets take the example of Amazon penetration into India. Recently Amazon came to India and now it became India's Number 1 Online e-Commerce portal. It is expanding its wings through out the world. Apart from e-Commerce, Amazon started Amazon Web Services which became very popular. So added business in infrastructure and cloud related Amazon Web Services of Amazon is additional boost to Amazon business. Now lets talk about the other companies in race and those are Apple which is already World Number 1 currently and approximately 100 Billion USD ahead of Amazon as of now and another company that could be in the race is Alphabet parent company of Google. Here keep a note even Youtube is also part of Alphabet and 3 to 4 Hi-Tech projects of Alphabet are in pipeline which has to see the sunlight of Revenues to Alphabet in upcoming near by future. Among Apple and Google now first discuss about Apple. Mobile Market share of Apple is slowly getting grabbed by Samsung Company, Motorola Company and many Chinese Companies. Their PC Business is getting grabbed by Dell, Lenovo, HP. Apple Products will be extreme super quality and even I am a big fan of it. But let us be practical. A set of People who are Apple customers will be grabbed by other companies mainly with offering Products at less cost. Many Android lovers are present in market. Earlier their strength is strong software with processor technology. Now for other companies Android Software is readily available, Qualcomm is producing super SnapDragon Processors which are of excellent performance processors and NVIDIA is giving GPUs. So Apple business is getting distributed slowly and shared by others whereas Amazon customers are getting up added. Now let us talk about Alphabet company which is parent company of Google. No doubt their business will be improved. But a part of Google Search Engine share is grabbed by Bing search engine belong to Microsoft with the help of Yahoo. But Google will always be the king in Search Engines and there is no doubt in it. But revenue generated will be very less out of a customer for Google. The Advertisement revenue sources have other alternatives. Instead of Google, part of people can go to Facebook, Linkedin, Instagram, Quora, Twitter, Yahoo and many players are there which will become alternatives for advertising. But Google revenue going ahead will get improved by Technology Services rather than currently. In Technology Services like Cloud, Infratructure and many more. World Best Brain Masters are with Google company. But possibility of business growth of Google is relatively less when compared with Amazon. So Amazon will become World Number 1 very soon may be in less than 3 years from now and may be before end of 2020 and no doubt in it.
Friday, August 10, 2018 - 23:33 IST
Wednesday, August 15, 2018 - 09:23 IST
Comment

U.S. tech giants plan to fight India's data localisation plans. In my opinion it is wrong decision from India Government. India Government should emphasize on how much data is secured and not where the data is. How it matter where the data is there as far as it is secured? Second is accessibility to data if it is not in India during Investigations will there be any issues. Yes this point should be addressed and can eaily be addressed. Technically solutions can be built and additional conditions can be imposed which makes Win-Win situation for India Government and big leaders like Amazon, Microsoft, Visa and other companies by considering actual facts.

Amazon, Microsoft and couple of other Leaders Planning to invest heavily in India in Data Centers. Amazon has Data Center in Mumbai.

Sunday, August 19, 2018 - 07:48 IST
Comment
Amazon is second company in the World to join into 1 Trillion club. Amazon e-Commerce is spreading and expanding across the Globe. Apart from that Amazon has became World Number 1 in Providing Cloud Computing Services through Amazon Web Services. Going ahead Amazon will be getting good amount of revenue through Amazon web services. Earlier Value.Today has suggested Amazon will become World Number 1. But recently as Walmart acquired Flipkart which is one of biggest e-commerce business, it will be difficult to cross Apple as Walmart will be expanding e-commerce opeartions in USA Slowly. So keeping this in mind Apple will be World Number 1 for long term. Even Amazon surpass the Market Capitalization of Apple it will be difficult for Amazon to be in that position for long term. So Apple will be World Number 1 for long term. If Apple enters into Gaming and Entertainment area where it can develop new gaming devices and thereby establish gaming hubs across the globe in all costly cities by Franchise Model. As Apple knows how to play with Processors, Softwares and Graphics, it will be easy for Apple to conquer Gaming World to get additional business. Then Apple will remain World Number 1 forever.
Thursday, September 6, 2018 - 20:04 IST

World Top Companies by Headquarters as on 2020