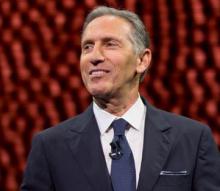 During Schultz’s previous four decades as CEO and chairman, the company grew from 11 stores to more than 28,000 stores in 77 markets around the world.  During his tenure, Starbucks delivered a 21,000% gain in the value of its stock price between its initial public offering in 1992 and Schultz’s departure as ceo in 2017.