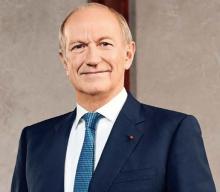 Jean Paul Agon is Chairman and CEO of L'Oreal.

In 2006, Jean Paul Agon was appointed CEO of L’Oreal of which he also became Chairman in February 2011. In 1994, Mr Agon became Managing Director of L'Oréal Germany, where he played a key role in dealing with issues related to European markets, at the time suffering a slowdown in growth.